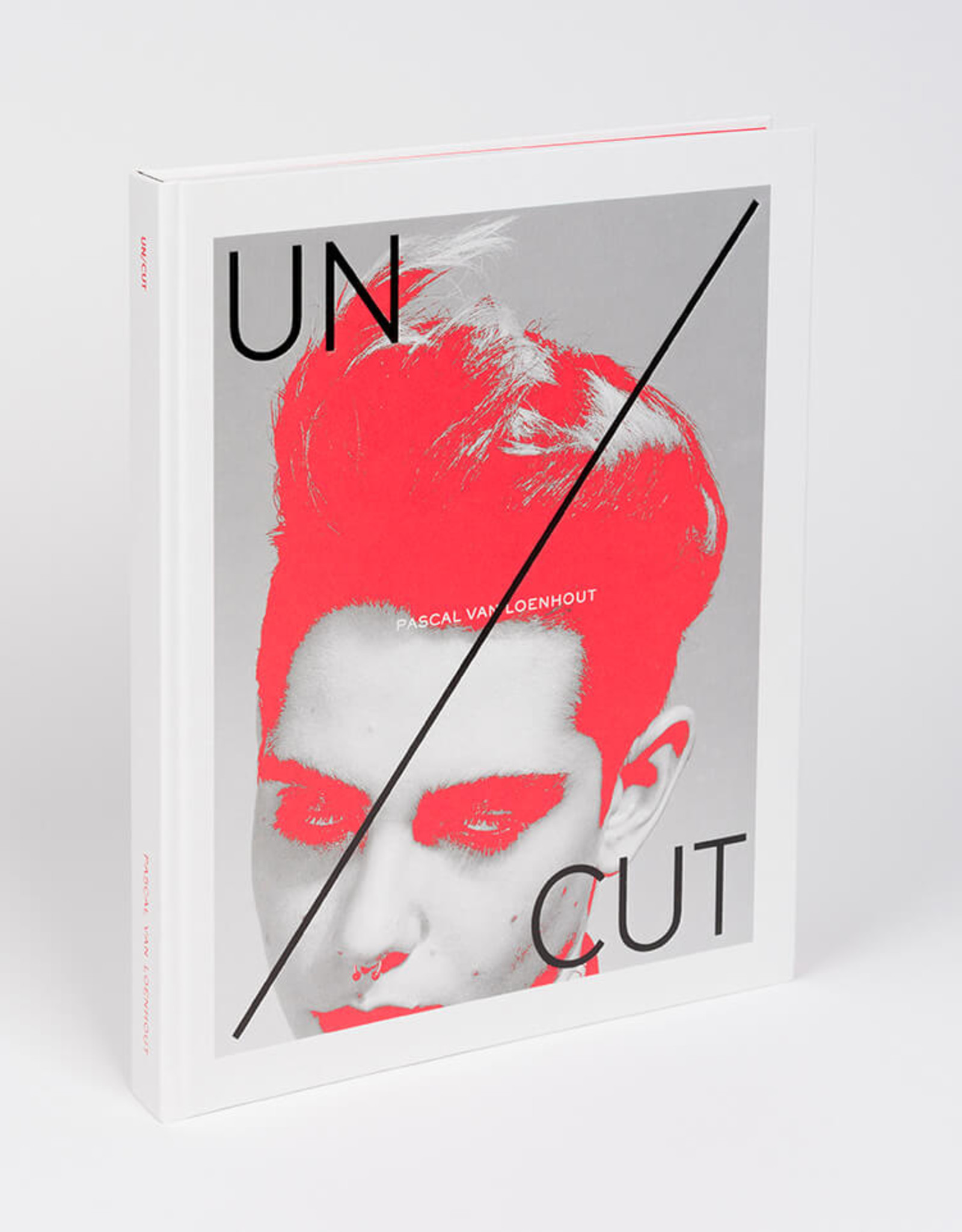 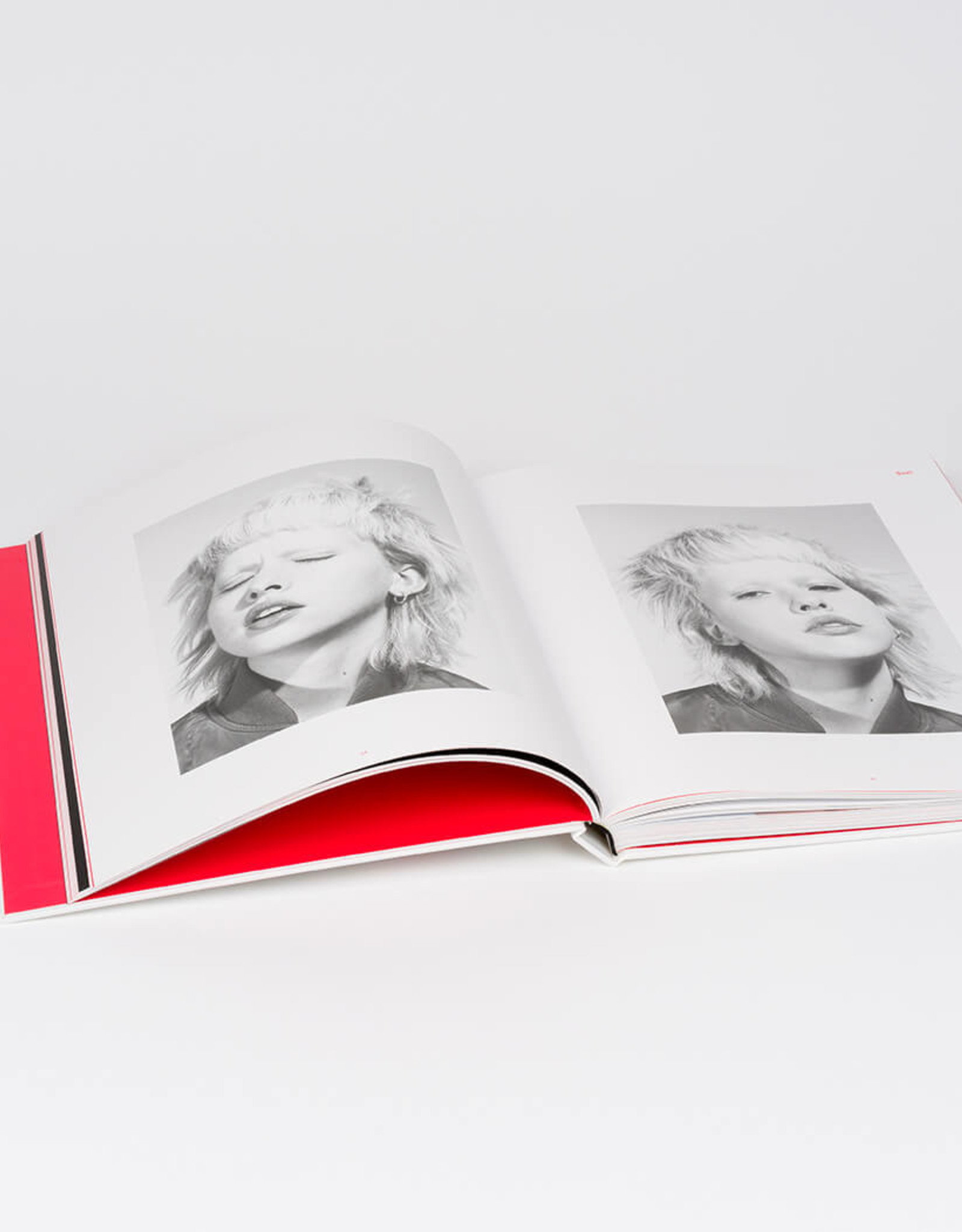 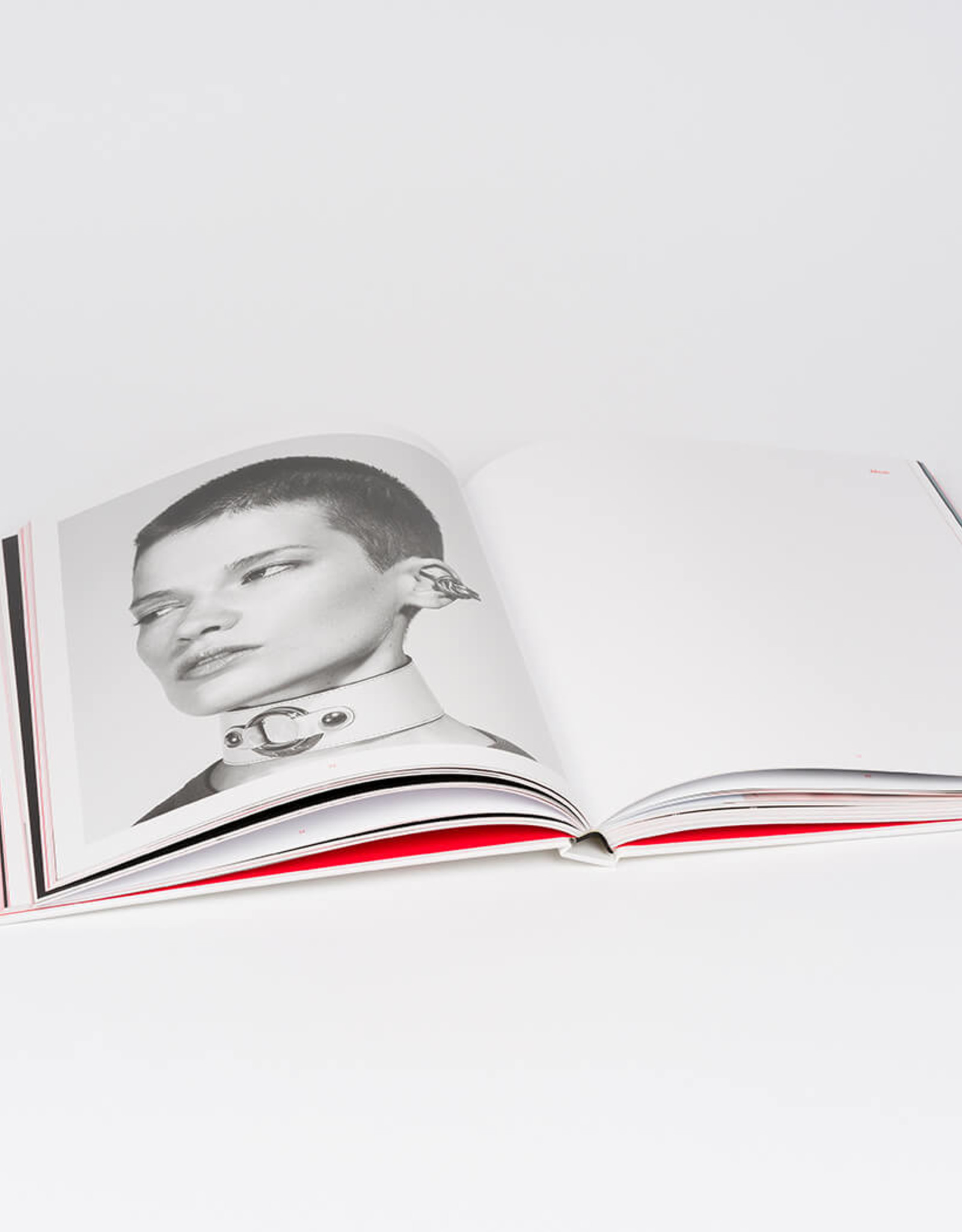 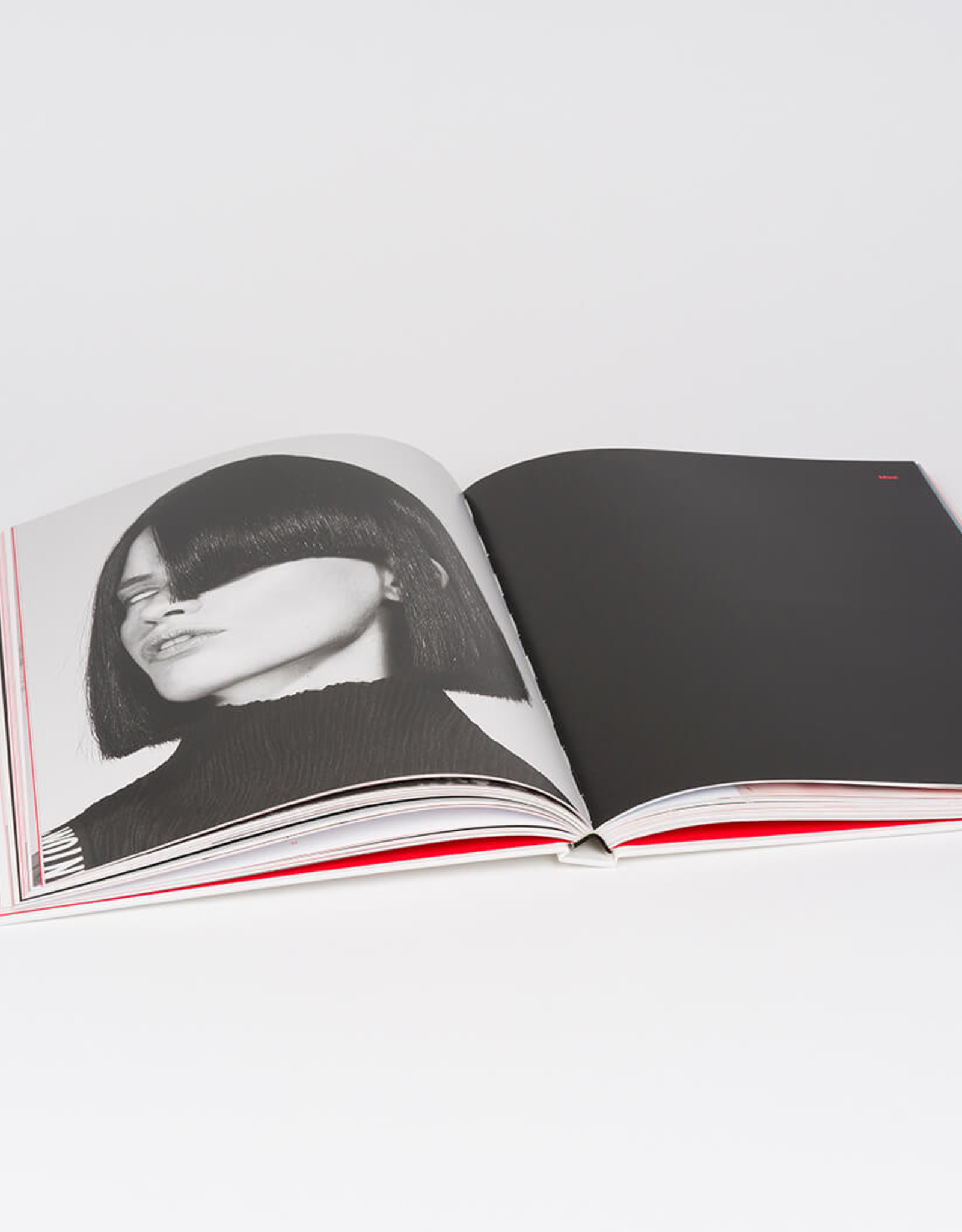 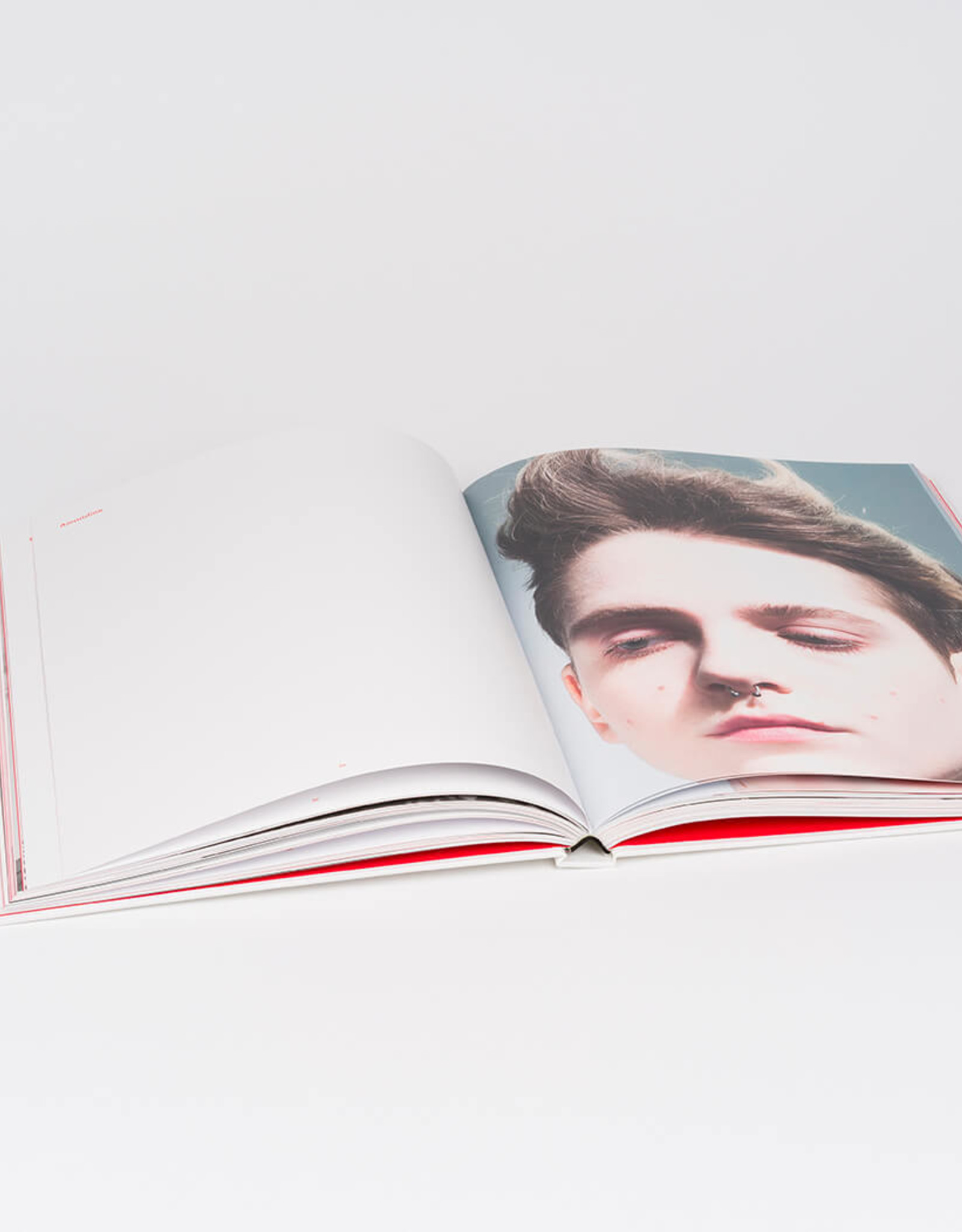 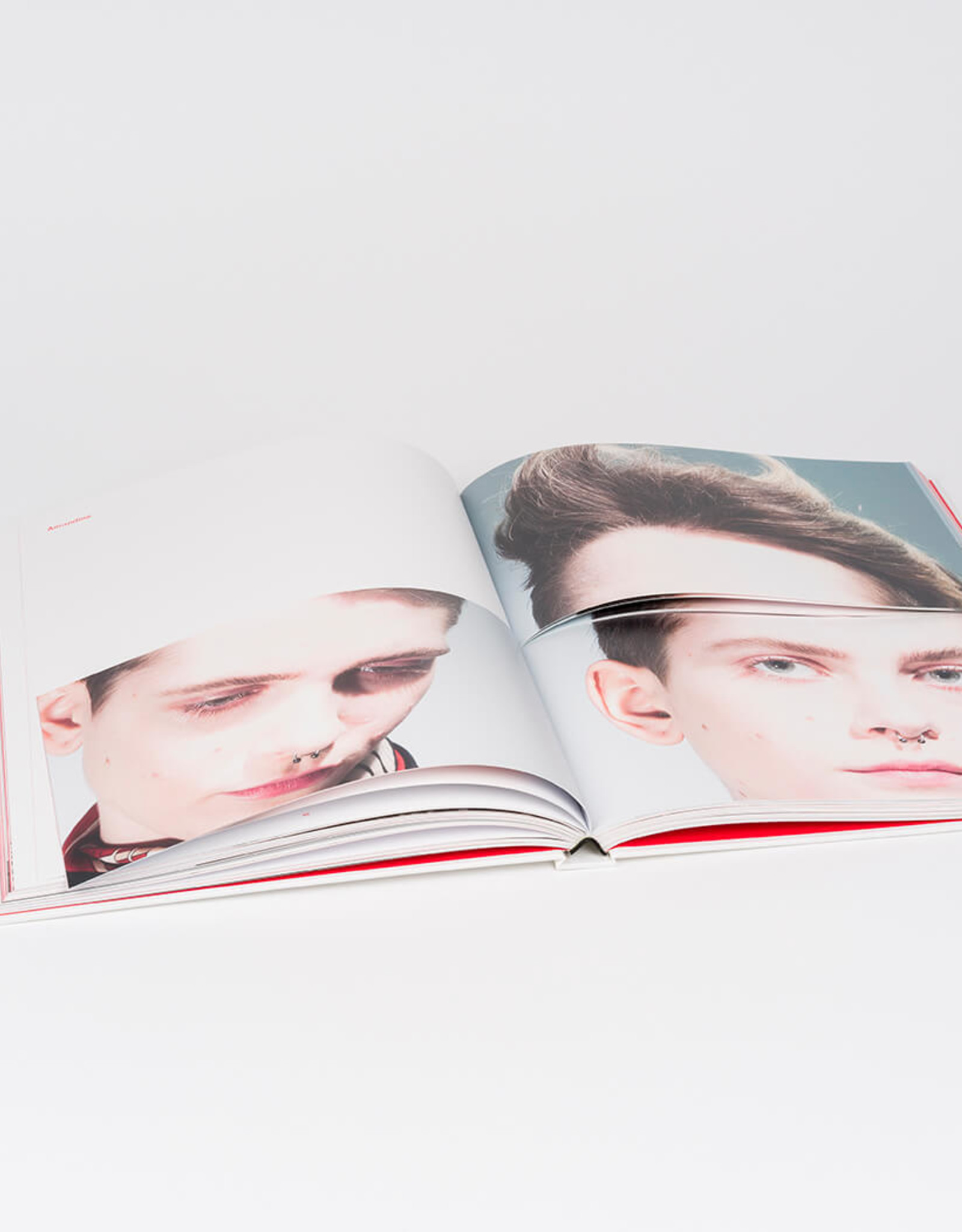 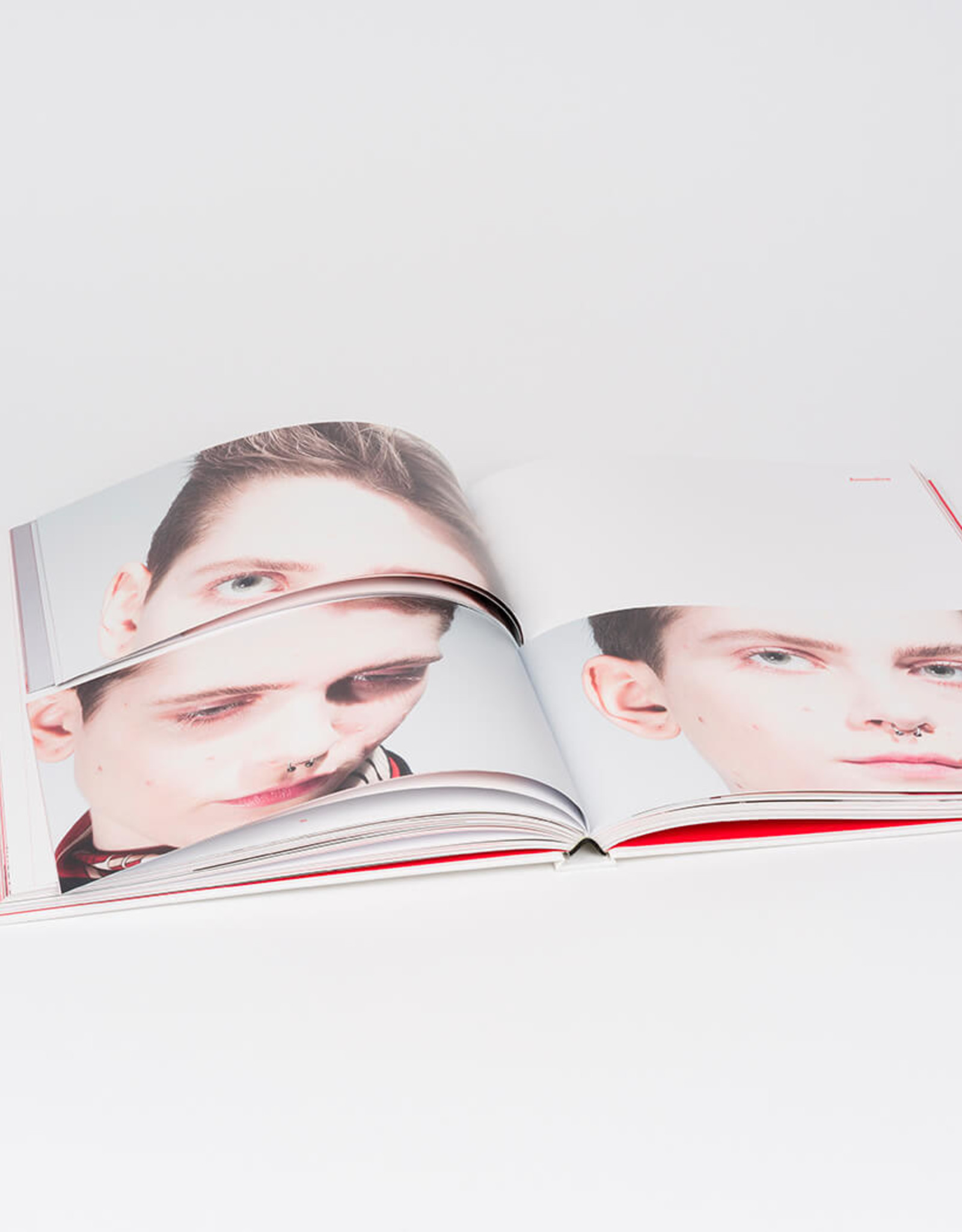 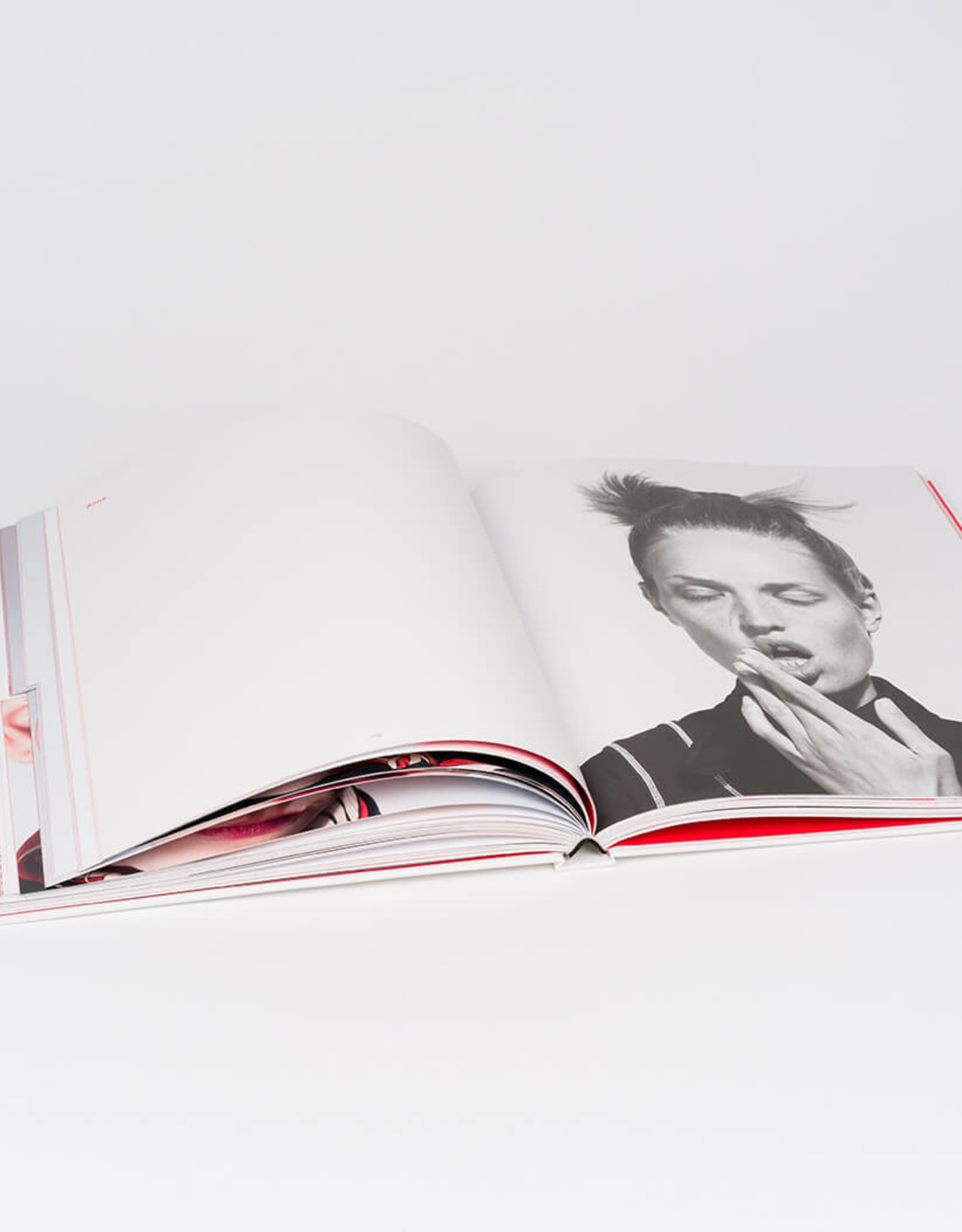 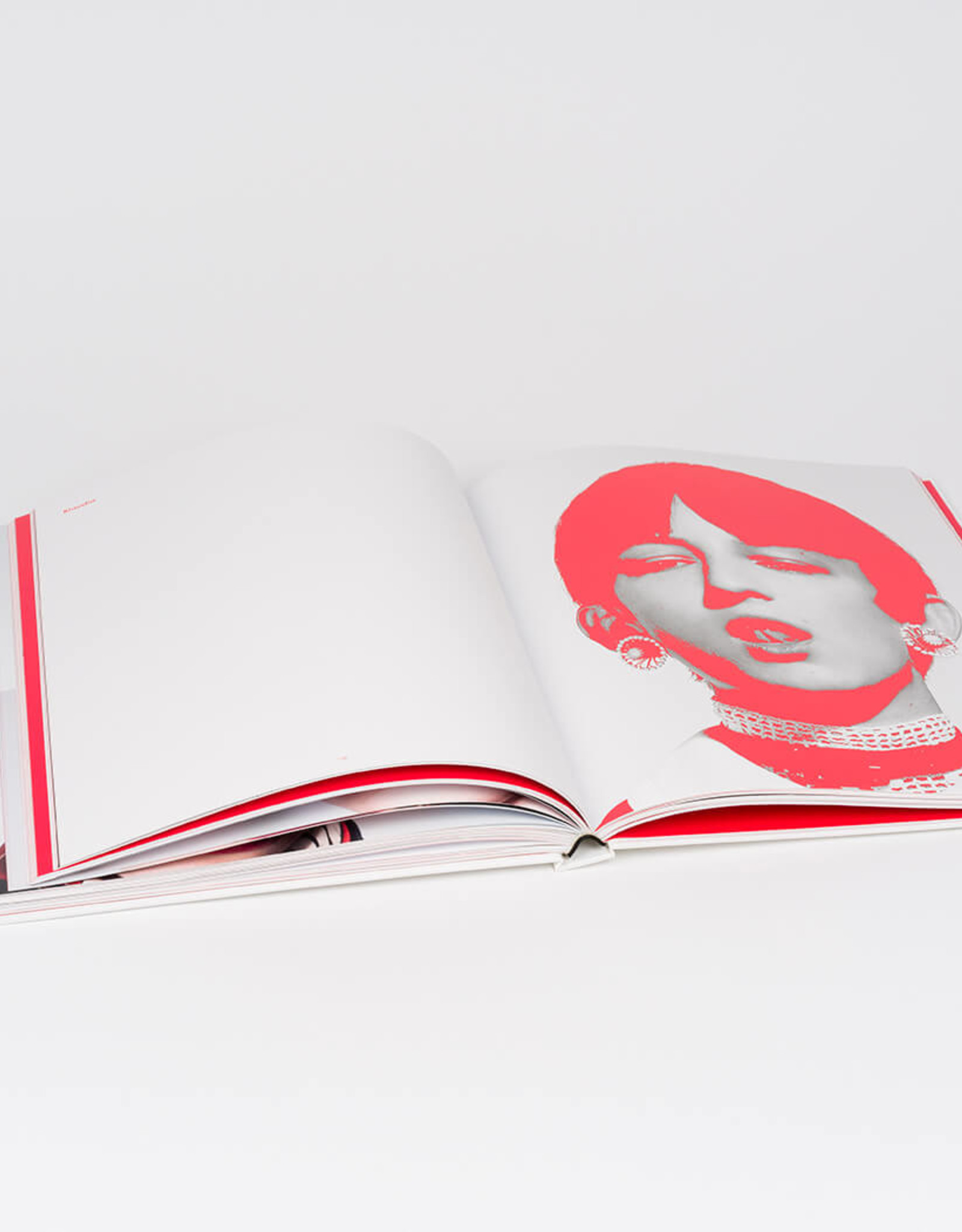 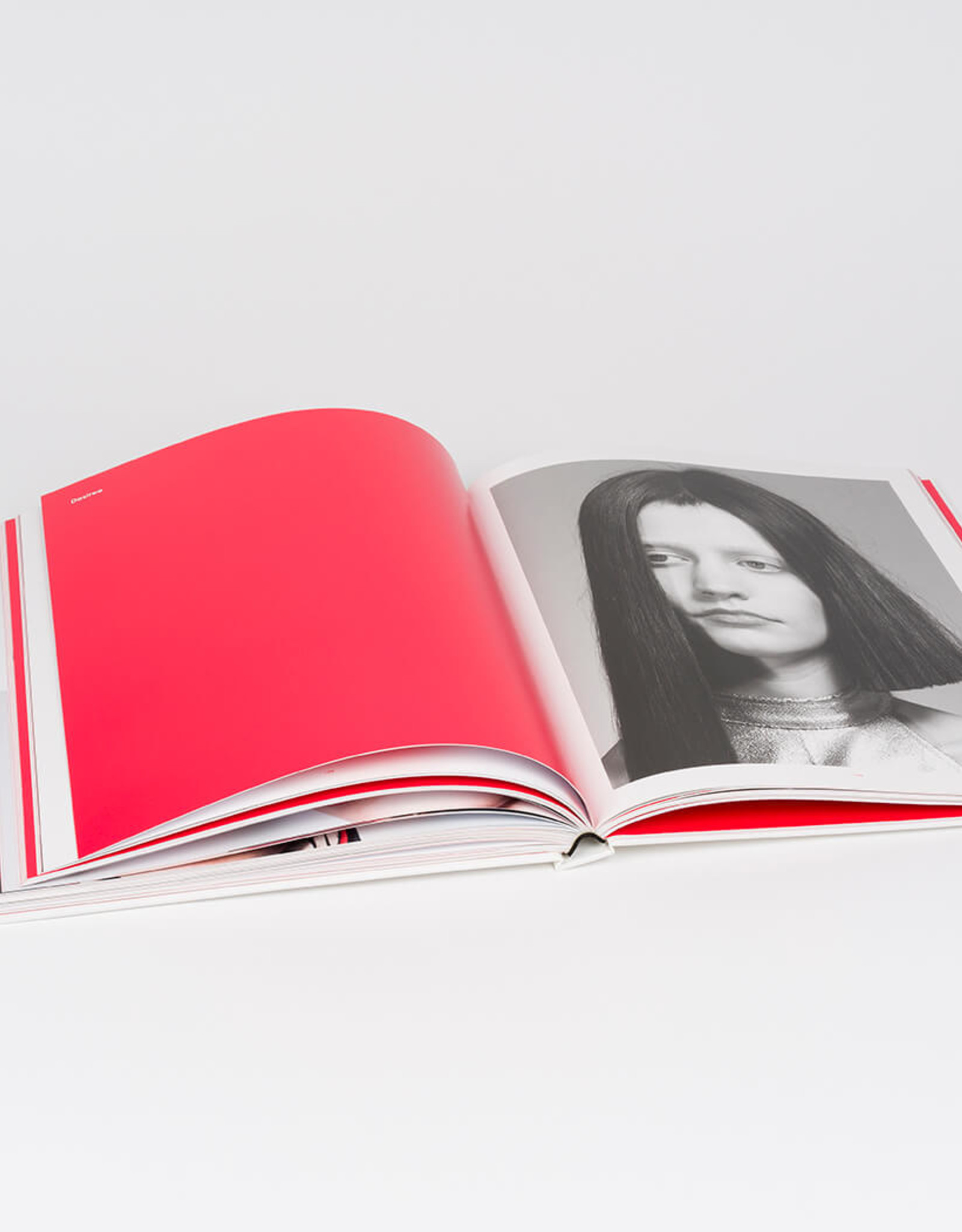 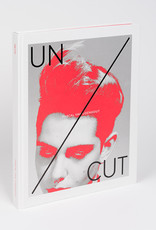 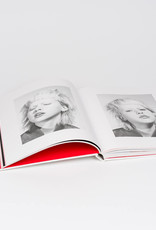 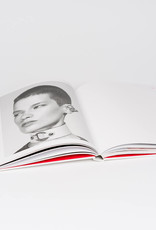 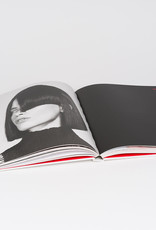 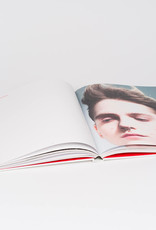 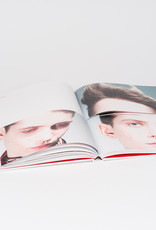 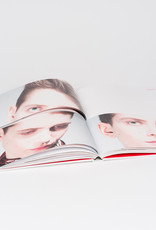 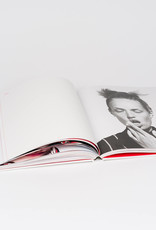 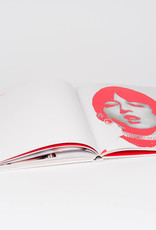 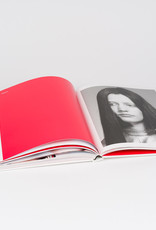 In UN/CUT, the second monography by Pascal van Loenhout, he showcases his ‘un-hairdressy’ cuts. No traditional preface in this book, but an uncensored version of his life story. A testimony of his road so far, including the demons that accompany success and the creative crises he had to overcome along the way. This open and honest approach creates an even deeper impact on everyone who reads the book.

The work of the unconventional Antwerp hairstylist was photographed by Charlie De Keersmaecker and given a design by Paul Boudens. Bright red hues against a backdrop of black and white images with pages that are cut in half at the book’s centre. The result is a timeless book published by Stockmans, that every fashion/hairstyle fan will want on their coffee table.

Discovering the era-defining British hairdressing techniques in the early 90s proved to be a turning point in Pascal van Loenhout’s career. That first brush with true inspiration was the spark he needed to turn his hairdressing style into an art form.

Through hard graft and an endless drive to excel in those formative years, he was able to establish an international reputation for his cutting style.

After spending 10 years at the forefront of British hairdressing and working in the best salon and alongside some of the biggest names in the business, the time was right to bring all of that expertise back to Belgium. Pascal came home. Pascal van Loenhout Antwerp opened its doors in 2007, right in the heart of Antwerp, with a boutique salon and academy introducing the concept of bespoke hairdressing.

Combining the individual strengths of the team is a must in order to boost creativity. The sophisticated style that lies at the root of the Pascal van Loenhout brand defines Pascal and his team, inspired by a love for minimalism and timeless, top-shelf quality.

Add your review
0 stars based on 0 reviews
fashion / fotografie / Pascal van Loenhout / photography
Add to wishlist / Add to comparison / Print
By using our website, you agree to the usage of cookies to help us make this website better. Hide this message More on cookies »