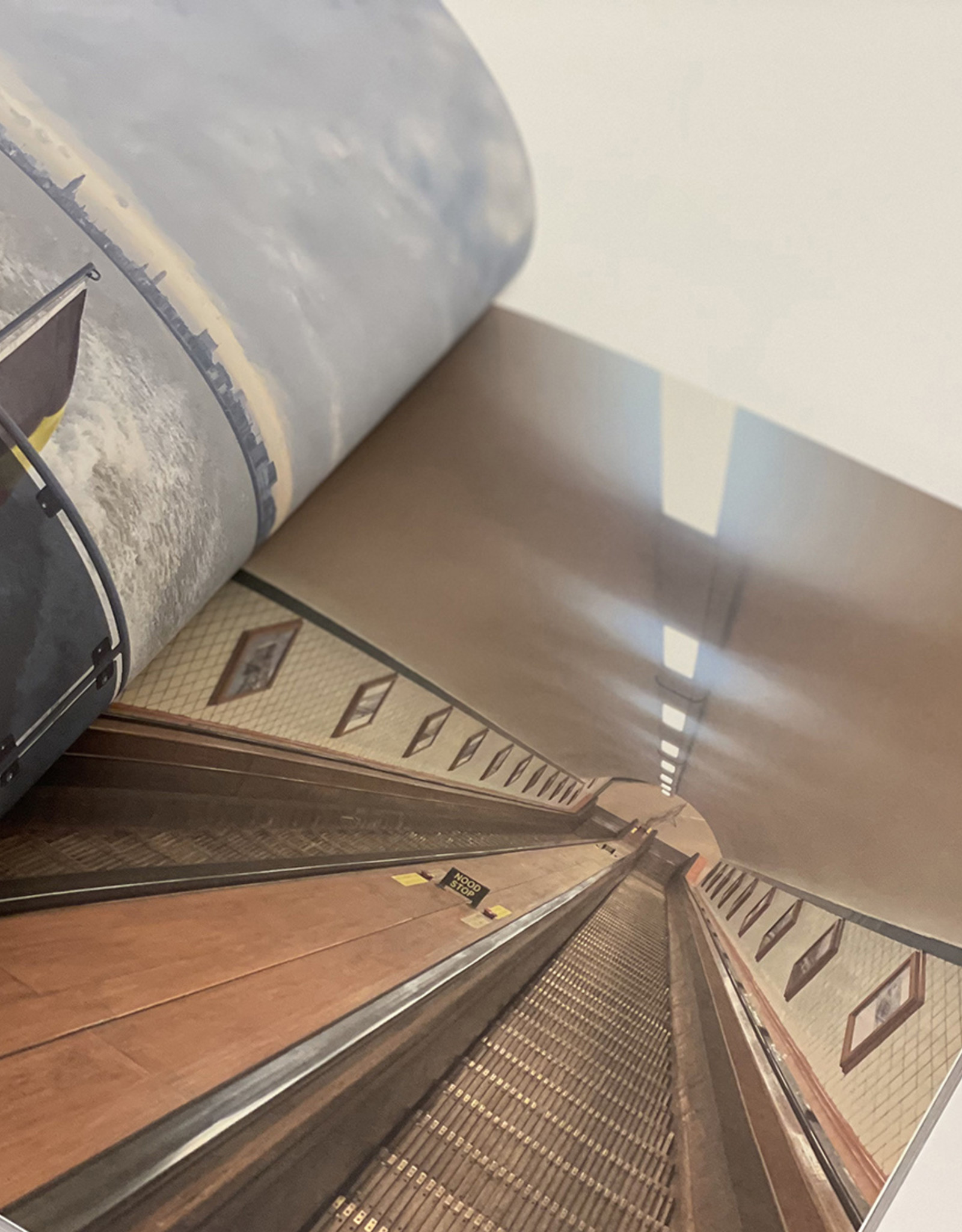 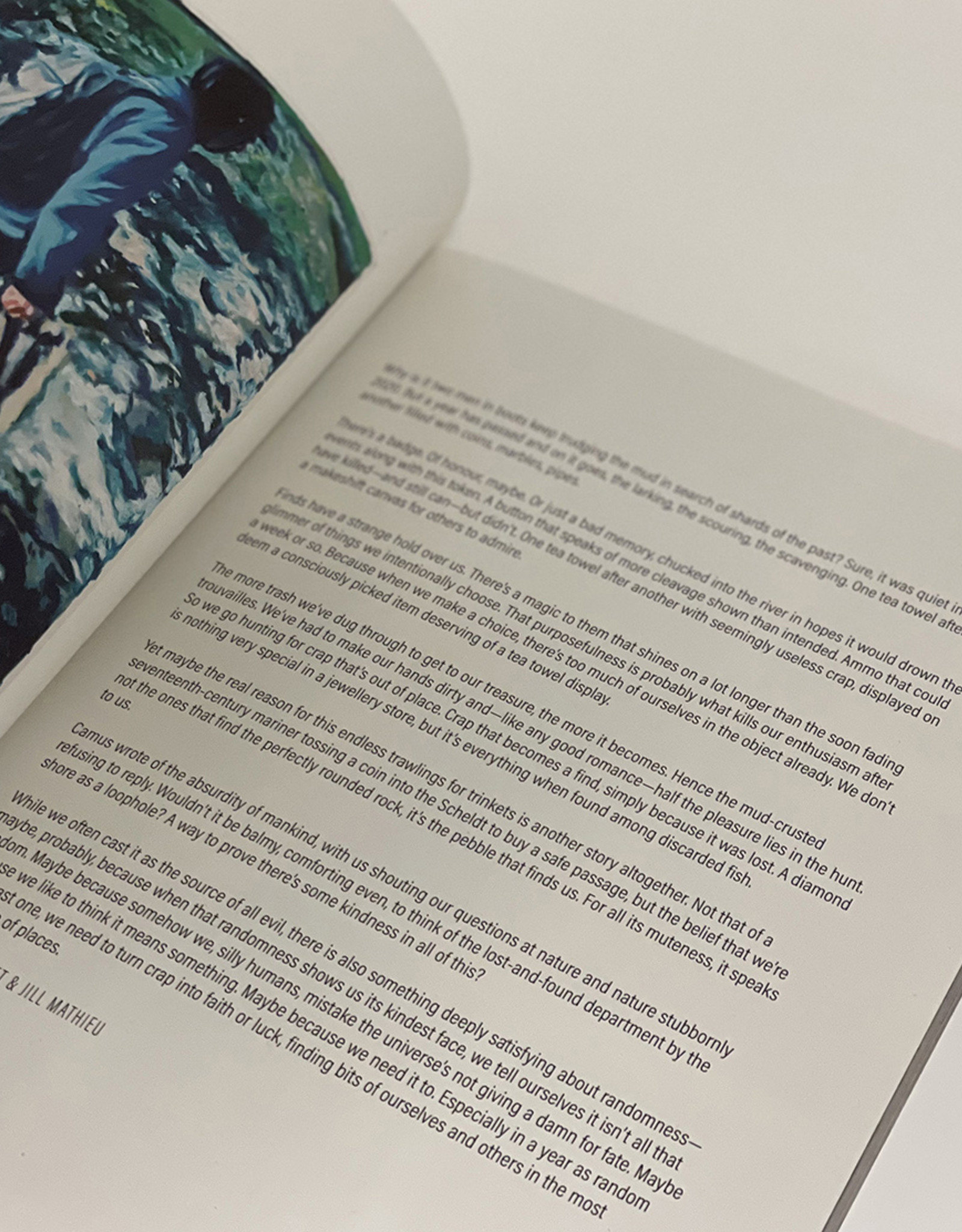 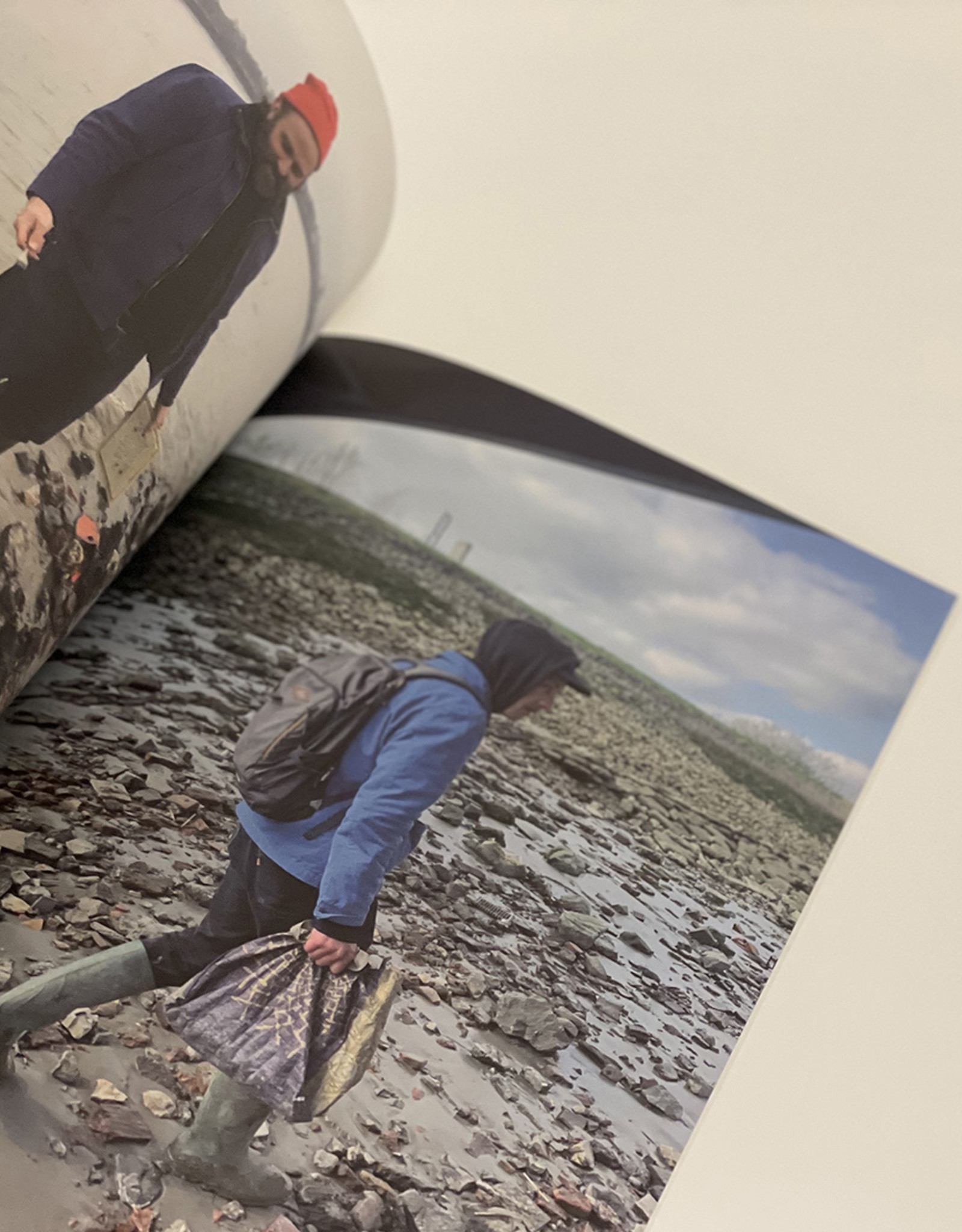 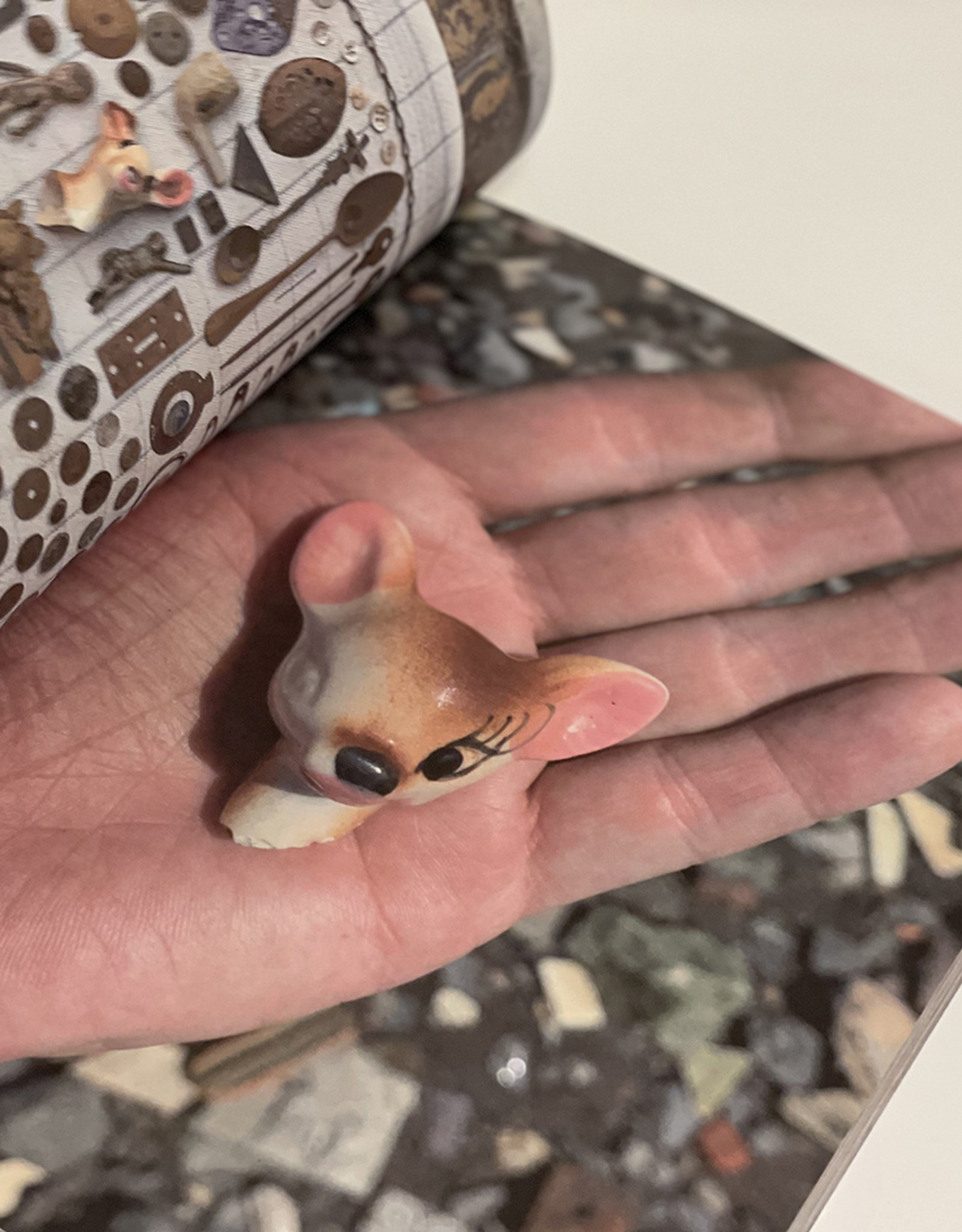 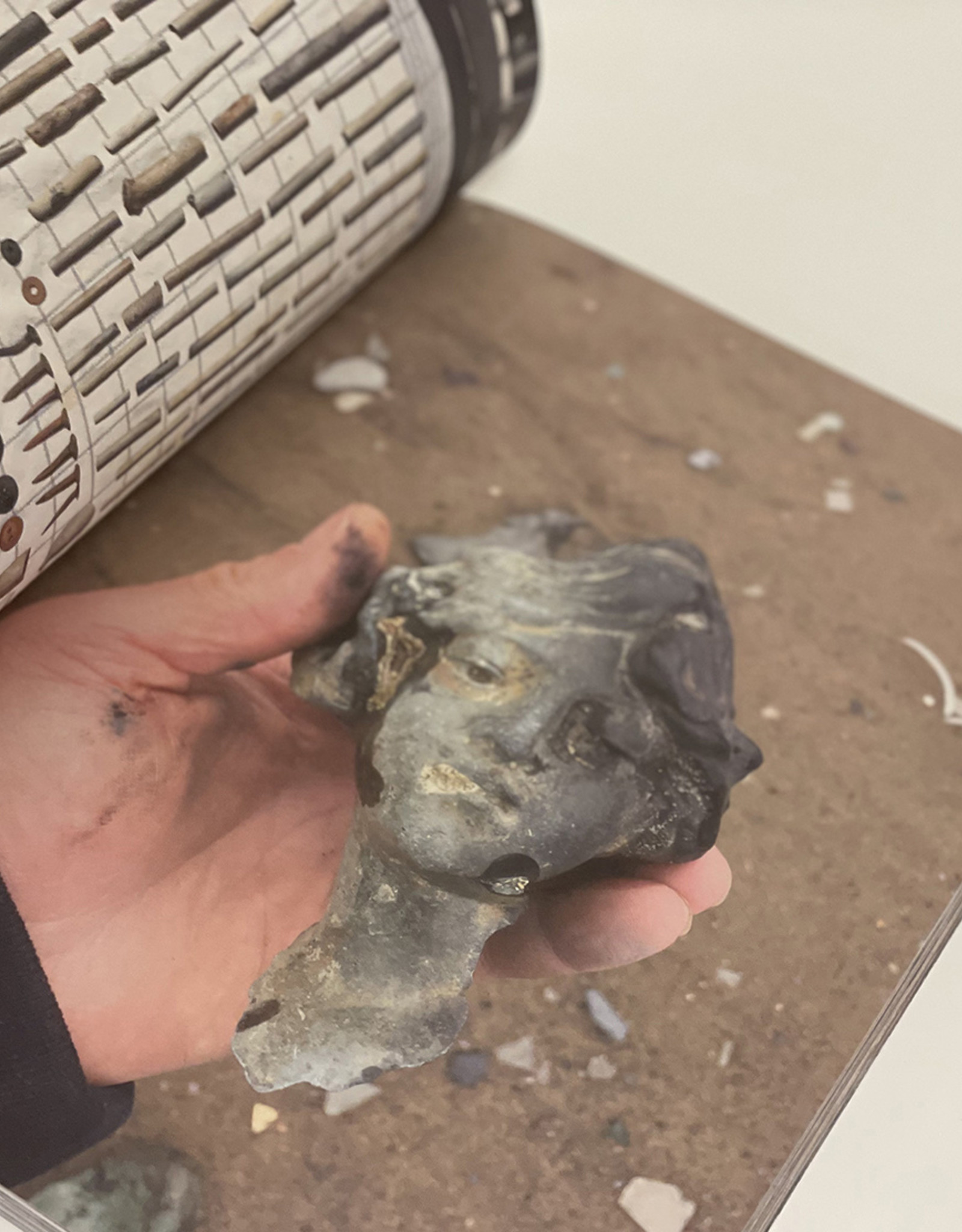 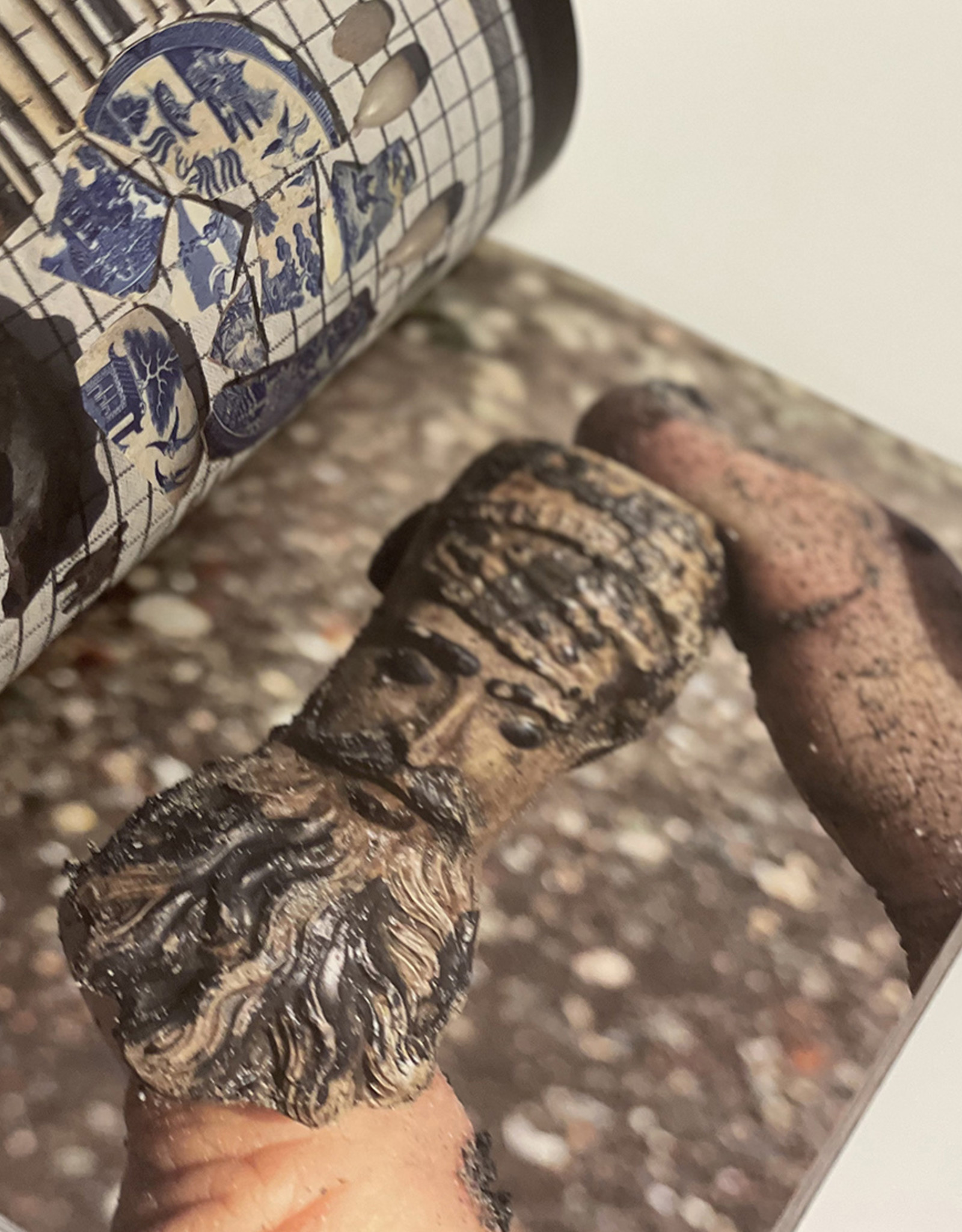 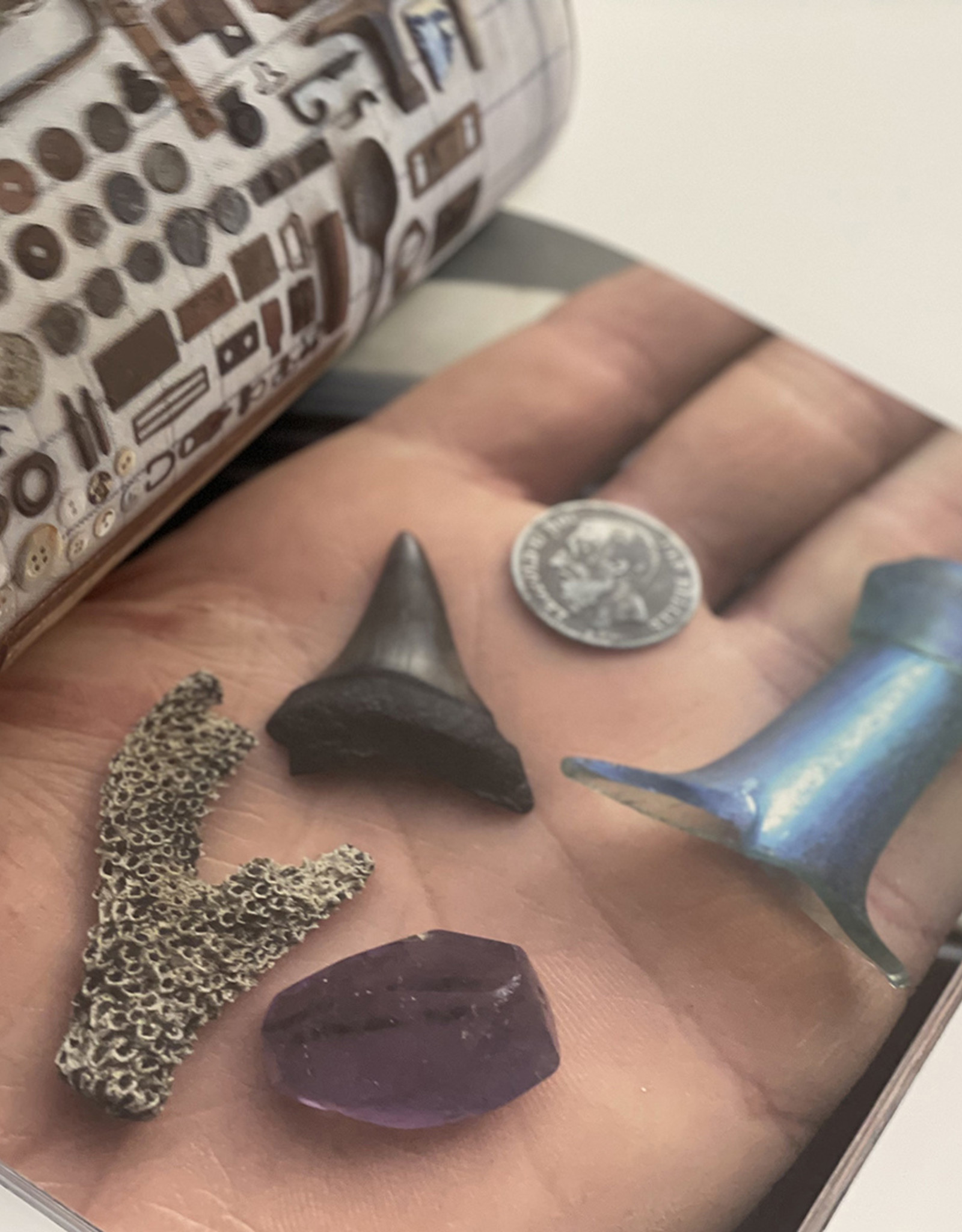 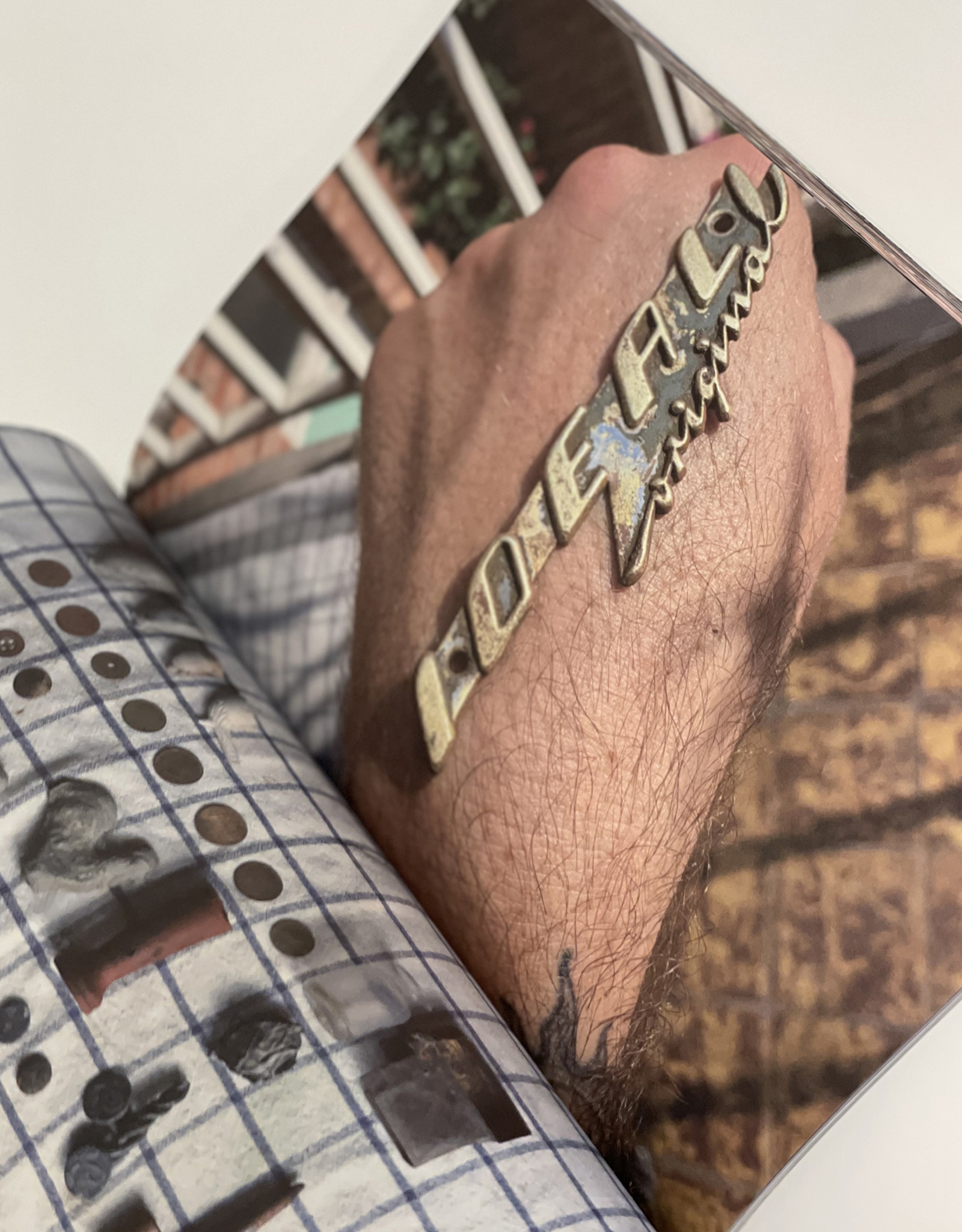 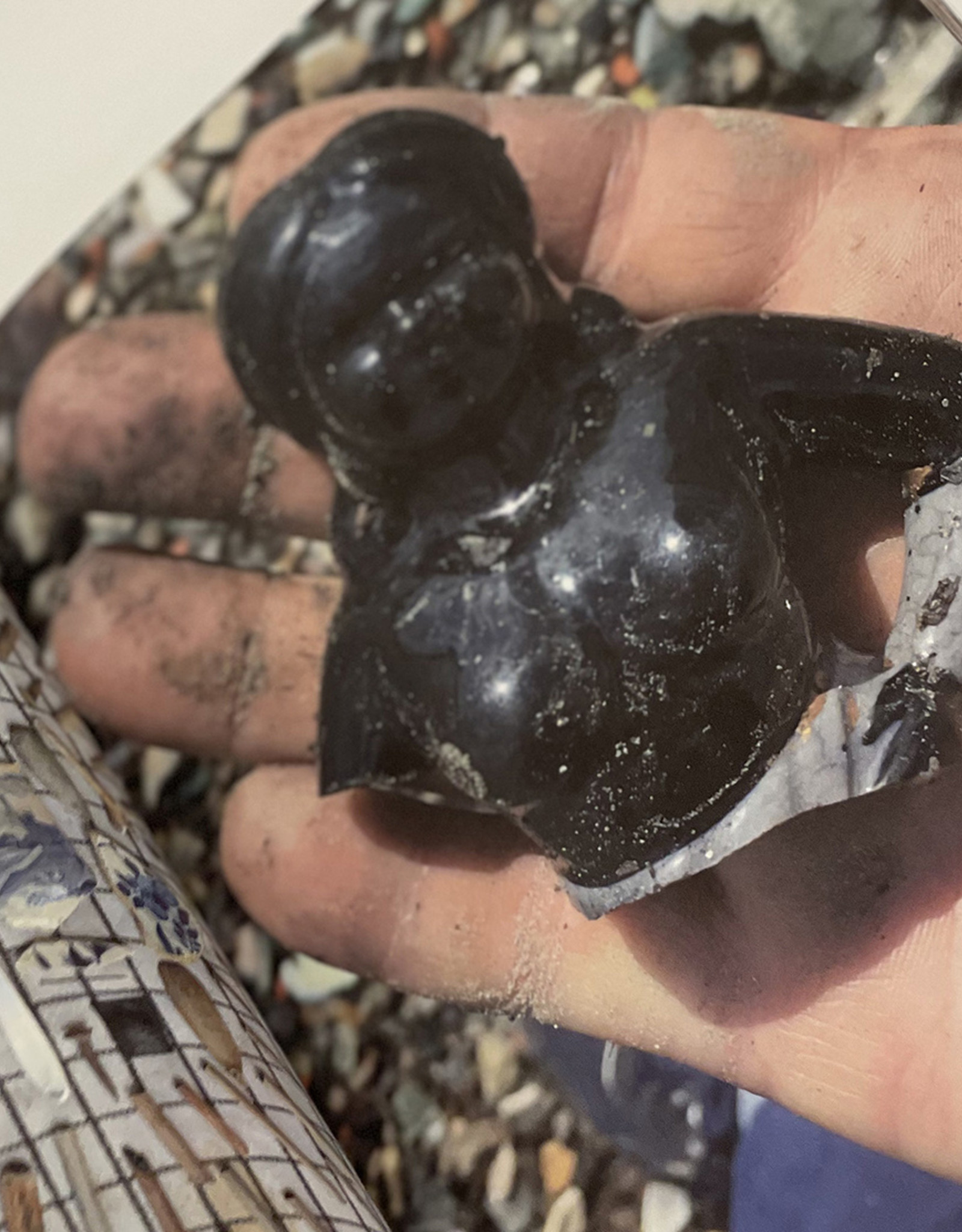 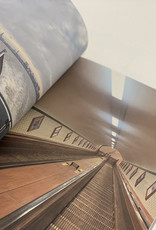 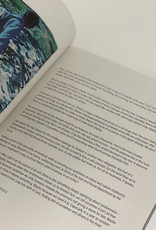 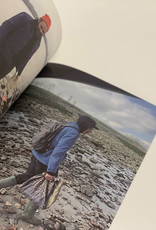 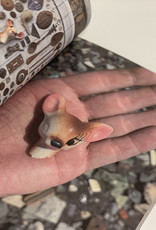 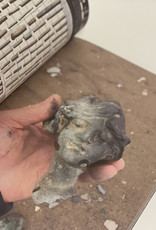 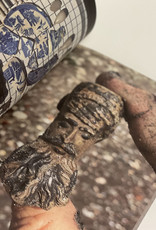 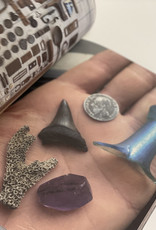 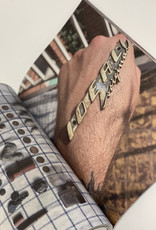 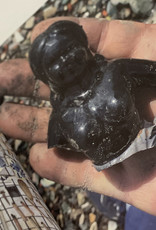 Between March 2020 and November 2021 Bram Van Meervelde (@ouaizda) and Jan Lemaire (@marinatedalligator) went beachcombing on the banks of the river Schelde. The treasures and trouvailles were compounded in the book Jutten designed by Jean-Michel Meyers. The book has an introduction by @jillmathieu and @anneliesdsmt of goodcopy.ink and a work by @rinusvandevelde.

Why is it two men in boots keep trudging the mud in search of shards of the past? But a year has passed and on it goes, the larking, the scouring, the scavenging. One tea towel after another filled with coins, marbles, pipes.

Finds have a strange hold over us. There’s a magic to them that shines on a lot longer than the soon fading glimmer of things we intentionally choose. That purposefulness is probably what kills our enthusiasm after a week or so. Because when we make a choice, there’s too much of ourselves in the object already. We don’t deem a consciously picked item deserving of a tea towel display.

The more trash we’ve dug through to get to our treasure, the more it becomes. Hence the mud-crusted trouvailles. We’ve had to make our hands dirty and—like any good romance—half the pleasure lies in the hunt. So we go hunting for crap that’s out of place. Crap that becomes a find, simply because it was lost. A diamond is nothing very special in a jewellery store, but it’s everything when found among discarded fish.

Yet maybe the real reason for this endless trawlings for trinkets is another story altogether. Not that of a seventeenth-century mariner tossing a coin into the Scheldt to buy a safe passage, but the belief that we’re not the ones that find the perfectly rounded rock, it’s the pebble that finds us. For all its muteness, it speaks to us.

Add your review
0 stars based on 0 reviews
BRAM VAN MEERVELDE / JAN LEMAIRE / JEAN-MICHEL MEYERS / Jutten
Add to wishlist / Add to comparison / Print
By using our website, you agree to the usage of cookies to help us make this website better. Hide this message More on cookies »